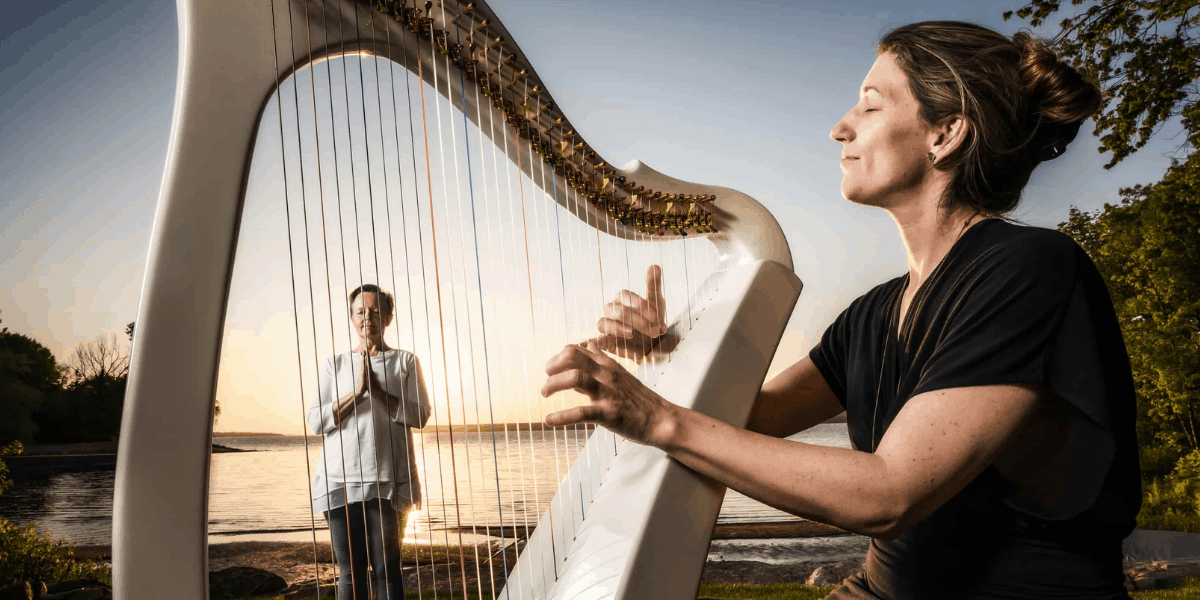 Back
Thank you Kindly

A gentle yoga session to settle down and find yourself. Guided by Lucie Vachon and accompanied by Annabelle Renzo on the harp, come and experience this moment of relaxation with on the border of the Soulanges canal.

Duration of the session : 60 minutes of concert and yoga, followed by a period of relaxation and discussions as well as refreshment.

Details will be emailed to participants a few days before the event. Participants must bring their yoga mat.

Looking forward to sharing this moment with you!

After studying at McGill University with Jennifer Swartz, principal harp of the Orchester Symphonique de Montréal (OSM), Annabelle Renzo is invited by all the major ensembles of the Quebec metropolis. Since 2006, she has been the principal harp of the Orchestre Symphonique de Longueuil, supernumerary within the Orchestre Métropolitain with whom she had the privilege of participating in the first European tour (2017) and several other ensembles in Quebec. Concerned and convinced of the good that music can generate in humans, she initiates several of her projects, including Sérenité Sonore .

Nurse by training, Lucie Vachon has always been involved in projects aimed at promoting healthy lifestyles. His approach in Functional Therapeutic Yoga is oriented to empower individuals to progress towards overall health and optimal well-being, through the application of the philosophy and practice of Yoga.

It offers a style of yoga based on therapeutic foundations respecting the capacities and limitations of the participant. As a yoga teacher, she chose to specialize in therapeutic yoga, yin yoga, mindfulness meditation, joint mobility, myofascial release and Afghan walking.

Home
Vaudreuil-Soulanges
History of the canal
Events
News
Contact us