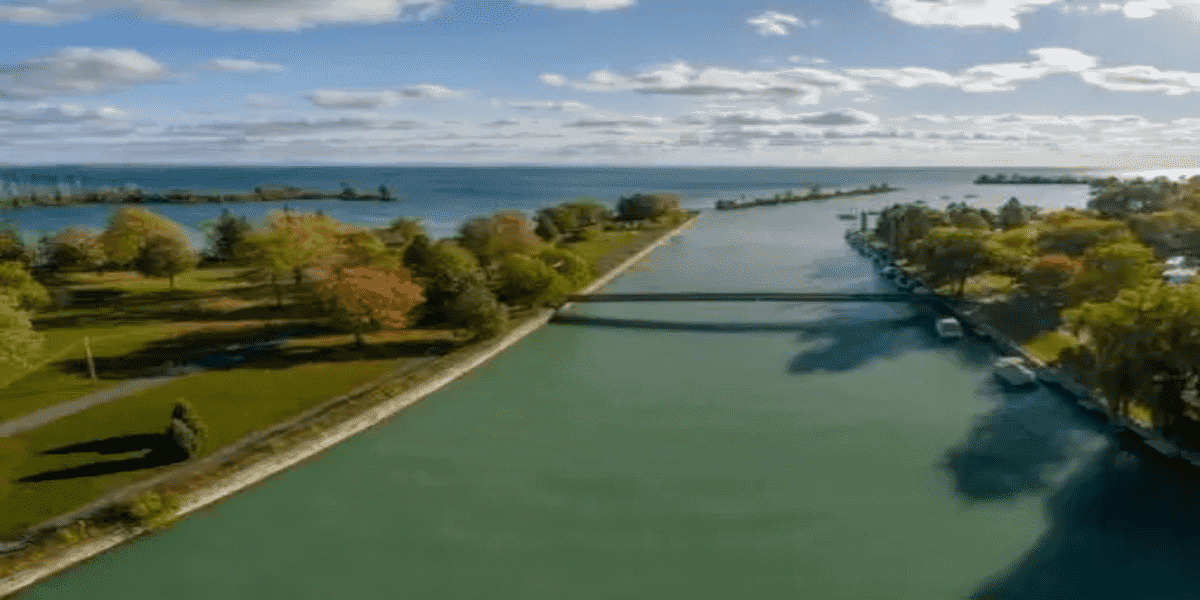 Stretching over 23.5 km, the Soulanges canal has had a major impact on the socio-economic development of the Vaudreuil-Soulanges region. Today, it represents, for the some 150,000 residents of the region (including 13,000 in the municipalities directly affected by this call for projects), a prominent heritage, cultural and outdoor space. The western mouth of the Soulanges canal is an area that is considered to have high recreational tourism potential given its location and the characteristics of the land that makes it up. The site is shared between two municipalities, in large part by the Thomas-Monro and Louis-Stanislas-Pariseau parks, totaling approximately 20,000 square meters. Although belonging to two separate municipalities, these two parks are contiguous. Located near a village center, at the crossroads of the Soulanges cycle path (200,000 passages in front of the meters in 2020) forming part of the Route verte, they constitute a window on Lake Saint-François (Saint-Laurent river) and are currently little exploited. In addition, many boaters navigate the waters of Lake Saint-François and the western mouth sector is a privileged place for anchoring.

The municipalities of Coteau-du-Lac and Les Coteaux as well as DEV would like to join forces with private projects to animate and enhance the site of the western mouth of the canal for the 2021 season in a collective and original formula.

Investments from regional partners are planned for 2021, in particular:

Regional organizations and businesses are invited to submit projects to animate and enhance the site this summer. The projects sought may be exclusively commercial (catering or other support service for the tourist industry), nautical, cultural, event or even combine different spheres of activity in order to create synergy.