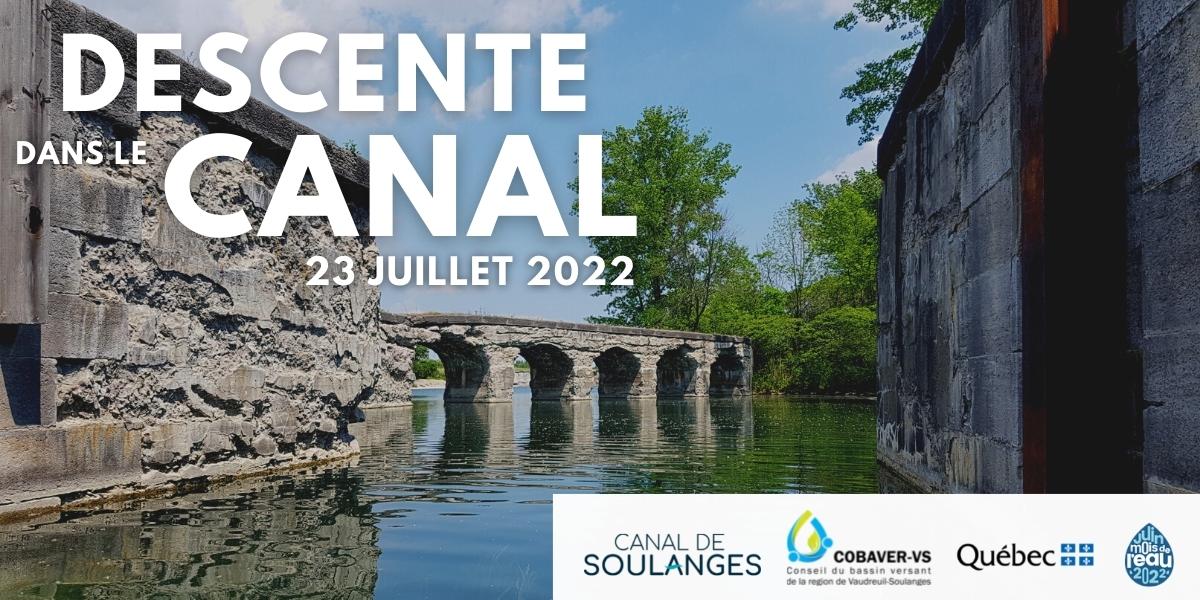 Second edition of the paddle up event in the Soulanges Canal

Second edition of the paddle up event in the Soulanges Canal

On July 23 will be held the second edition of the paddle up event in the Soulanges Canal. The Parc du canal de Soulanges and the Conseil du bassin versant de la région de Vaudreuil-Soulanges (COBAVER-VS), in collaboration with the Ministère de l’Environnement et de la Lutte contre les changements climatiques (MELCC), invite the public to come and paddle along the 7.5 km course with portages, allowing the discovery of the magnificent landscape and architectural ensemble that is Lock 4 of the Soulanges Canal

Cost: Free for participants who own their own boat. Some boats are available upon reservation ($).

See the Soulanges Canal from a unique perspective

The event will also be the occasion to inaugurate a self-sustaining course set up by the Parc du canal de Soulanges, with the docks installed for the event becoming permanent installations in the summer season in order to maximize access to the water in the Park.

Within the framework of Le Mois de l’eau, the COBAVER-VS, partner of the event, sees it as a great opportunity to make citizens aware of water issues. Whether by kayak or paddleboard, throughout the course, the event in the Soulanges Canal will allow you to learn more about the water issues that affect the Vaudreuil-Soulanges region. This event is a perfect fit with their efforts to promote accessibility to the region’s waterways.

Water Month is an initiative that is part of the Plan d’action 2018-2023 de la Stratégie québécoise de l’eau, which deploys concrete measures to protect, use and manage water and aquatic environments in a responsible, integrated and sustainable manner. From May to July, many water-related activities will take place across the province. To discover the complete list of activities and learn more about water: www.moisdeleau.org.

Created in 2021 following the signing of historic agreements between the MRC of Vaudreuil-Soulanges, the ministère des Transports Quebec and the municipalities along the canal, the Parc du canal de Soulanges’ mission is to develop, enhance and animate the canal from the perspectives of heritage, outdoor activities, culture and sustainable development. 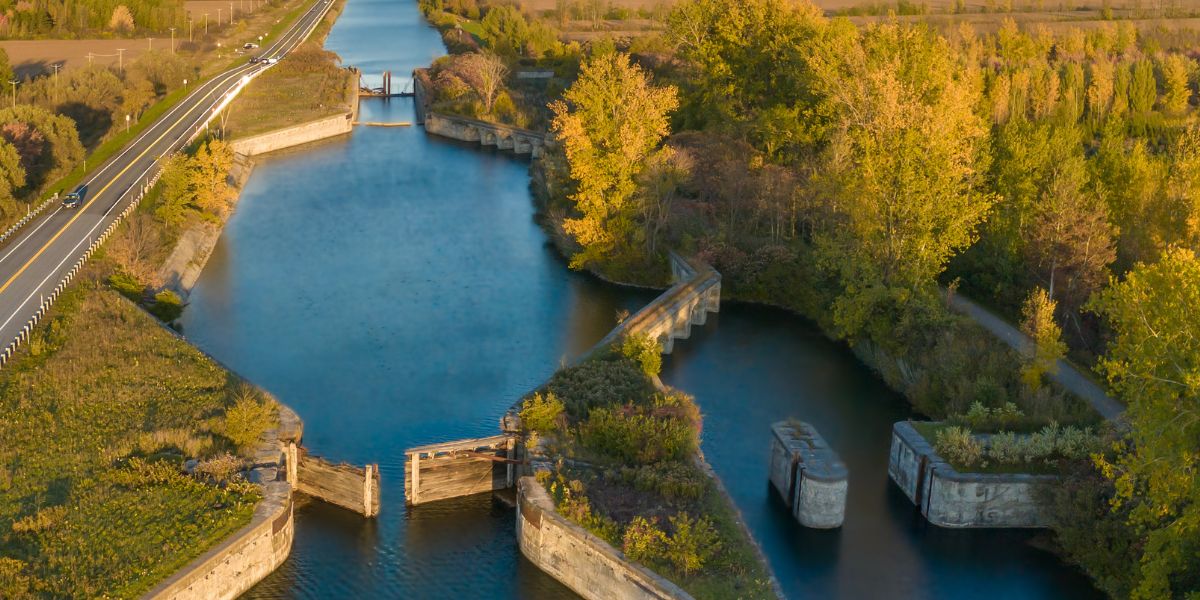 Soulanges Canal Park selected as a Signature Project for the MRCVS

Marianne Sigouin-Lebel
Vaudreuil-Dorion, June 30, 2022 – The MRC of Vaudreuil-Soulanges is pleased to announce that it has received a grant of $2,515,835 from the Ministère des Affaires municipales et de l’Habitation (MAMH) as part of the Fonds régions et ruralités volet 3 – Projets ” Signature innovation ” des MRC. This funding, in addition to the $545,000 invested by the MRC, will be used to support the establishment and development of the new Soulanges Canal Park.

The financial participation of the MAMH will allow, among other things, to support the creation of the Soulanges Canal Park organization, the improvement of recreational facilities as well as the implementation of new activities and infrastructures along the canal and the Soulanges bicycle path. These actions will be guided by the first-ever Plan d’aménagement culturel et paysager du Parc du canal de Soulanges, which will be delivered in the summer of 2022, following an architectural competition conducted in collaboration with the Ministère de la Culture et des Communications du Québec in 2021. Under the name Passengersthe plan and the projects that will result from it promise visitors and citizens a memorable experience based on the enhancement of industrial, architectural, ecological and landscape heritage.

“This is great news! I am very pleased that MAMH’s financial contribution can help the Soulanges Canal Park. This is a wonderful and historic enhancement to the revitalization of the canal area. After all these years, this is a great moment for our region. Finally, this heritage site is managed by and for our community. The Soulanges Canal is an absolutely beautiful place with great potential for development. This announcement is particularly heartwarming because this park will be part of our regional jewel and an enrichment as I have always wished” declares Mrs. Marilyne Picard, députée de Soulanges, adjointe parlementaire du ministre de la Santé et des Services sociaux.

“Officially launched in 2021 following the signing of historic agreements between the MRC Vaudreuil-Soulanges and the ministère des Transports du Québec, as well as with the municipalities of Pointe-des-Cascades, Les Cèdres, Coteau-du-Lac, Les Coteaux and with the Société de gestion Parc du canal de Soulanges, the project will create around this heritage infrastructure an emblematic place for Vaudreuil-Soulanges and the Montérégie. With 120 years of history, a territory covering more than 100 hectares and a unique heritage, the Soulanges Canal Park is a regional development pole for recreation and tourism in the making,” said Patrick Bousez, prefect of the MRC and mayor of Rivière-Beaudette.

“We are very happy that the Soulanges Canal Park can finally take off! After several years of preparation, the participation of the MAMH and the MRC, as well as the support of the community, allow us to officially launch the project. The FRR will allow us to achieve our objectives of developing the canal through culture, heritage and outdoor activities. This is a great moment for the region,” says Karina Verdon, president of the Parc du canal de Soulanges Board of Directors.

Opened in 1899, the Soulanges Canal links lakes Saint-Louis and Saint-François over a length of 23.5 kilometers and a width of 45 metres. The canal has 5 locks, for a difference in level of 25 meters. Closed to navigation in 1959, it crosses four municipalities in the region: Pointe-des-Cascades, Les Cèdres, Coteau-du-Lac and Les Coteaux. 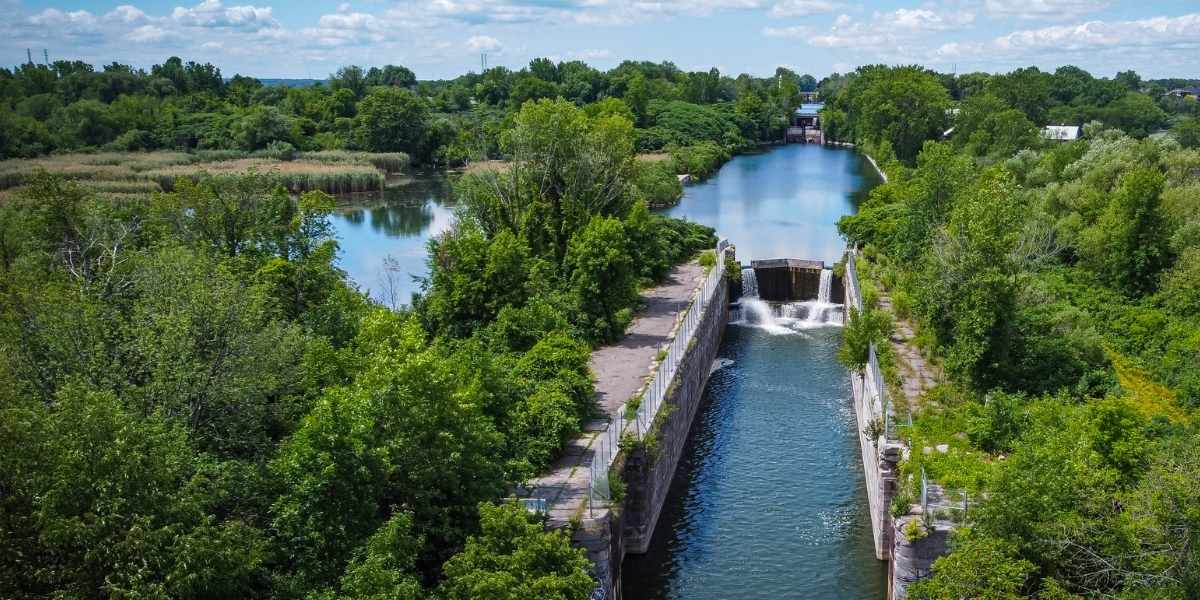 Through Développement Vaudreuil-Soulanges (DEV), we are looking for a proactive and autonomous person, interested in contributing to a unifying project! Along the 23.5 km of the Soulanges Canal, the Park offers a stimulating challenge for anyone passionate about the outdoors and heritage.

Thanks to the work of the Agent, the park offers quality infrastructures, ensuring the safety of users, a memorable experience and the enhancement of its exceptional heritage. Join the team!

You may be the one if you have the following profile:

Apply for this job

Anyone interested should send their curriculum vitae, by July 10, 2022, by email to:

*The masculine is used for the sole purpose of lightening the text.
*Photo credit: Étienne Lamoureux

Dogs: a pilot project being tested for the 2022 season

Dogs: a pilot project being tested for the 2022 season

Following an in-depth reflection carried out in collaboration with partners and users, a pilot project will take place for the summer of 2022. Dogs will be tolerated in the Parc du canal de Soulanges (and Soulanges Bike Path). Conditions (could change during the season, watch for announcements to that effect!):
➡ On the trail, please avoid the busiest periods (weekends between 10 a.m. and 4 p.m.);
➡ Under surveillance and under control at all times;
➡ On a leash, maximum length of 1.5 m., retractable leash prohibited. Note: according to provincial regulations in effect since 2020 , any dog over 20 kg must also wear a halter or harness when in a public place.
➡ Held to the right, off the riding surface (path) when possible;
➡ Walk your dog OR ride a bike, not both at the same time! (only walks are allowed);
➡ Immediate collection of excrement;
➡ Courtesy and kindness are required.
The objective of this pilot project is to better document and supervise the presence of dogs in the park and to educate dog owners about minimizing the risks associated with their companion. The Parc du canal de Soulanges crosses many residential neighborhoods and we are aware that it is also a magical place for the daily outing of doggy. But we would like to remind you that having your dog with you in the park is a privilege and not a right, we hope that this pilot project will be done in harmony.
Our employees and our patrols will ensure the smooth running of the pilot project. A final decision regarding the Park’s regulations will be made during the post-mortem of this project. Watch our website for updates regarding this pilot project.
Reminder: Cyclists, please announce yourself when approaching pedestrians!
Thank you all for your cooperation!
Photo credit : Olivier Langevin

Home
Vaudreuil-Soulanges
History of the canal
Events
News
Contact us